Beauty surgeons and the cosmetic industry love it (critics claim that they are even doing their best to support? it): the ‘Dorian Gray Syndrome‘ describes a phenomenon where people turn into heavy users of cosmetic products and medical procedures in an attempt to preserve their youth. Oscar Wilde’s famous novel ‘The Picture of Dorian Gray’ first introduced the psychological dilemma of affected persons to the wide public: conseqently the syndrome was named after the novel’s protagonist.

While this syndrome as a whole is not scientifically acknowledged, many patients suffering from it actually show diagnosable traits of body dysmorphic disorder (having excessive concerns about perceived defects in their physical features), narcissistic character elements (like a sense of superiority or being more occupied with themselves than with others), and signs of delayed maturation in certain aspects of their psychic development. In their preoccupation with their outer appearance and difficulty to accept their aging process, DGS patients are often users or abusers of hair growth and weight-loss products, mood enhancers, medication against erectile dysfunction, they are often owners of gym membership cards and very often patients for cosmetic surgery (laser resurfacing, botox injections, aesthetic surgery etc.).

In case you happen to know someone who you think might show signs of the Dorian Gray Syndrome: this person might also have depressive tendencies which, if untreated, might trigger autodestructive symptoms if he or she tries to suppress the negative self image by using drugs or repeatedly undergoing surgeries. But who would want to define when it would be ‘justified’ to look out for help? Some might not want to live a life burdened by compulsionary thoughts of this kind, but be able to fully enjoy their lives and take life as it is – like so many others do.

But then, what can be done about it? For some of the affected persons, a personality disorder turns out as the root cause for their body dysmorphic disorder, for others it is a lack of self-esteem. While in order to improve one’s psychological balance, a personality disorder can only be managed by various means (like by medication and counseling aiming at better self management), self-esteem can be improved quite well utilizing methods of psychotherapy. This doesn’t have to be a process that requires years of ‘talking cure’ – distinctive and long-lasting improvements can usually be achieved already after a few months of regular sessions. The goal of these sessions is to work out a more confident and accepting take on what our body involves.

(This short article is part of a weekly series dealing with psychological expat problems and general mental health issues and was published in various newspapers and magazines in Thailand, 2011)

Welcome! You seem to come here for the first time. Thank you for your interest. If you want, you can receive email notifications whenever a new article is posted (max. 3 times per week). For free. Psychotherapy Blog RSS-Feed Thank you for your visit!

The Psychotherapy Blog RSS-Feed keeps you updated about the latest articles.
Or register to comment articles and receive email updates. 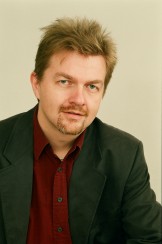 Required fields are marked with "*".
This blog uses Akismet to reduce spam. How your comment data is processed.

I'm a psychotherapist and counselor in Vienna and take passion in supporting clients to reestablish a positive balance in their lives.

Lastest topics in the Discussion Board: